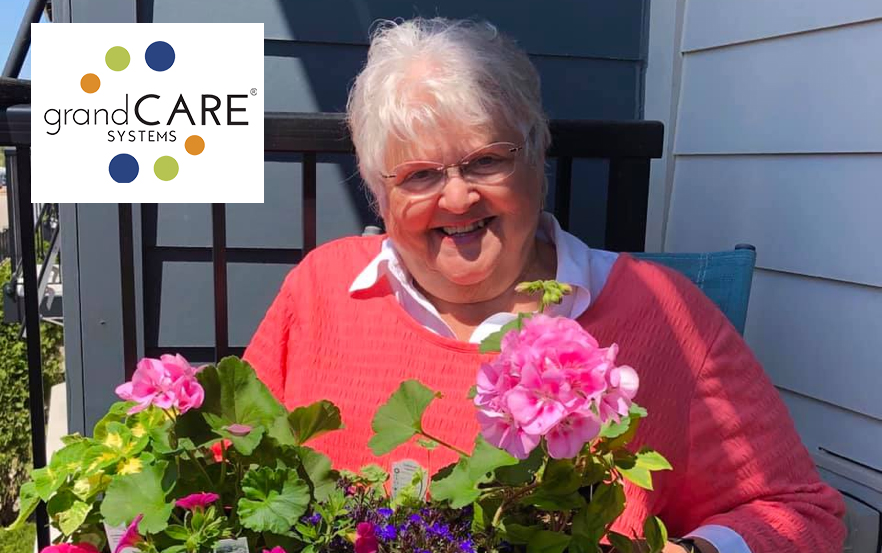 “Technology can help families monitor the health and safety of older people kept from their families by the coronavirus,” according to the New York Times. In a story by Susan B. Garland, GrandCare was highlighted as a tool that helps seniors stay “fiercely independent” while providing their adult children with peace of mind.

In the story, titled “Did Mom Take Her Medicine? Keeping Eyes on Elders in Quarantine,” GrandCare customer Norman Potter explained why he purchased a GrandCare for his mother. According to the story:

“In mid-March, as the coronavirus was spreading, Mr. Potter installed a platform made by GrandCare Systems in his mother’s house that she enjoys using to video chat with her grandchildren — but of equal interest to her son are its motion sensor and two vital-sign devices.”

“Because of his mother’s respiratory issues, Mr. Potter said he and his sister were not comfortable visiting unless they were first tested for the coronavirus, although two people who live nearby check on her. ‘The monitoring allows me a sense of peace that she is up and starting her day,’ he said.”

GrandCare integrates with telehealth devices, such as blood pressure monitors, weight scales, pulse oximeters, and glucometers, and wirelessly transmit the readings from the device to the GrandCare. The story explains:

“Mr. Potter can log into a portal to view the results, which are delivered via a wireless connection in his mother’s house. If either level is out of whack, Mr. Potter, who owns a home health agency, receives a text. When his mother’s oxygen levels dropped one day, Mr. Potter called to remind her to insert the nasal tube that connects to her oxygen supply device. He also is notified if a motion sensor in the hallway that leads from her bedroom to the kitchen does not detect movement after 10 a.m., her usual waking time.”

“I feel comforted knowing that they are watching over me.” – Esther McKee

Another GrandCare client, Esther McKee, has used and enjoyed her GrandCare for eight years. She especially enjoys the ease of video chatting with her children and grandchildren.

Before the pandemic, Esther McKee, 79, went to church, volunteered and visited with friends and two daughters who live nearby. Now, she said, she “would not have my sanity” without the video-chat feature on the GrandCare system she has had for eight years.

By pressing a name on the touch screen, Ms. McKee, who lives alone in a two-bedroom apartment in a 55-plus community in West Bend, Wis., can see any of her three daughters, six grandchildren and many nieces. Nearly every weekday at noon, she and a daughter who lives in Florida eat lunch together by their screens.

McKee also enjoys the peace of mind in knowing that her loved ones will know if she needs help. Her system includes motion sensors in several rooms, and door sensors on her front door and refrigerator.

“I feel comforted knowing that they are watching over me,” she said.

There are no upcoming events at this time.

Solution to distancing and quarantine? How about some virtual visits and telehealth.Find Out More
+