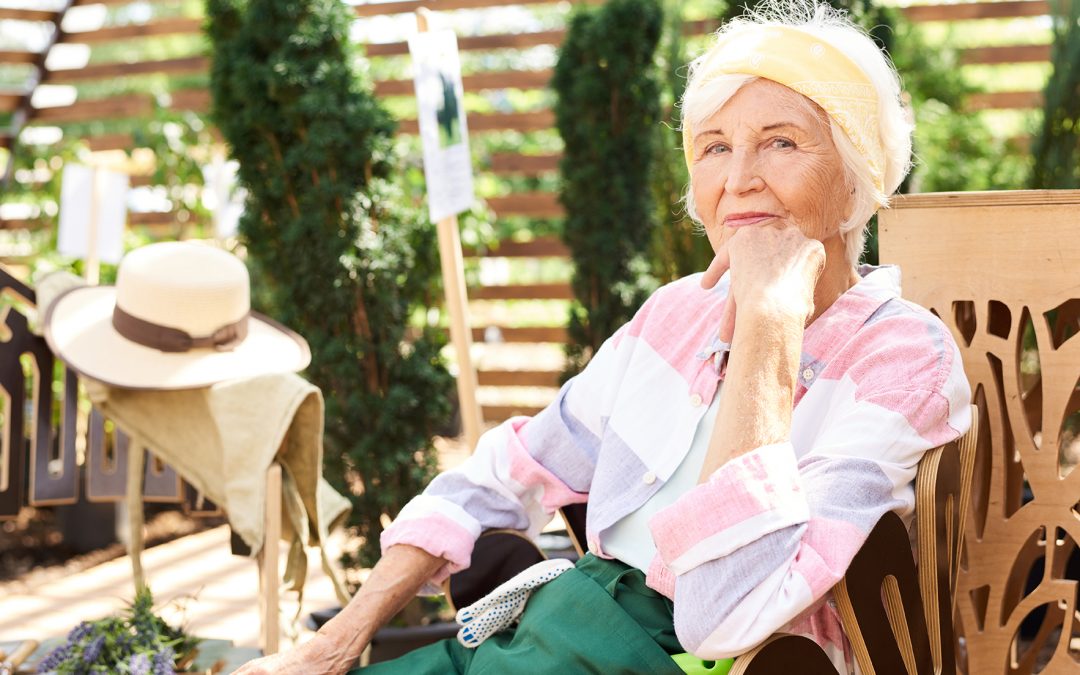 In 2012, I moved my parents out of their home and into an assisted-living community. This was a whole new world for all of us — lots of learning and experimenting. The community did offer pendants for residents to press when they needed something (anything) from a caregiver. My mom was never known for her patience. And my dad was struggling with the onset of dementia; so, the pendant was never satisfying for a wide variety of reasons, including the time it took for my mother to press the pendant and for someone to check on her. We brought in our own caregivers to supplement what we were receiving in the community and provide a more enriching life for my parents.

Three years later, after starting a Family Council at the community but becoming frustrated at the lack of responsiveness and level of care, we moved both of my parents to another community. My father moved upstairs to memory care, where he died shortly thereafter. Again, my mom was given a pendant and again she was frustrated by it for the same reasons. But, the community overall was better staffed, my mother had adjusted to the idea of being in assisted-care, as we had. But, as often happens, management changed at the community. It was owned by a private-equity firm who brought in a different company to manage it; and, not surprisingly, their first order of business was to reduce costs, which meant reducing care. We quickly moved again.

So, at the end of 2019, my mom — together with a good friend she met at the previous community — moved to a new one. I liked almost everything better about this facility except for one thing: no pendants. Instead, they had a pull cord in a few places in the room, though my wheelchair-bound mother couldn’t reach the cords and, as she was cognitively in decline, she would forget those options were there for her.

That’s when I went searching for a solution

I was recommended to personally contact the CEO of GrandCare, which right away made me more interested. At this point in my family caregiving role, I learned that personal recommendations are often particularly fruitful and — more so — if a CEO of a tech company is willing to speak with a customer, that speaks to how much they care and want to learn how even better serve those in need. We placed an order for the GrandCare system. When it arrived, a customer-service team member quickly and easily walked me through set up — both the hardware and the app on my phone. Finally, I could check in with my mother without her needing to carry a cellphone (and remembering to have it near her, listen for it, and answer it), which had become increasingly difficult.

For all of these now seven-plus years that my mom had been in assisted living, I was able to visit her almost daily. But then, Covid hit and the world changed. How fortunate I was to be able not only to speak with my mother, but to see her and observe her care. I was the often “third person in the room,” as my mother was being cared for by individuals she didn’t recognize because they were now wearing masks. The closeness with my mother that I was about to virtually achieve with GrandCare, as well as many of the additional features the system offered, was exactly what we needed and continue to need. I don’t really know what I would have done without it, except to feel as if I’m no longer connected and far less informed.

Anytime we had a question about the system or additional functionality, GrandCare would jump on a call. And during the course of the past many months, I’ve even suggested a few minor tweaks to the system, which their tech people not only appreciated but implemented. Thank you, GrandCare.

– Peter, son of a GrandCare user